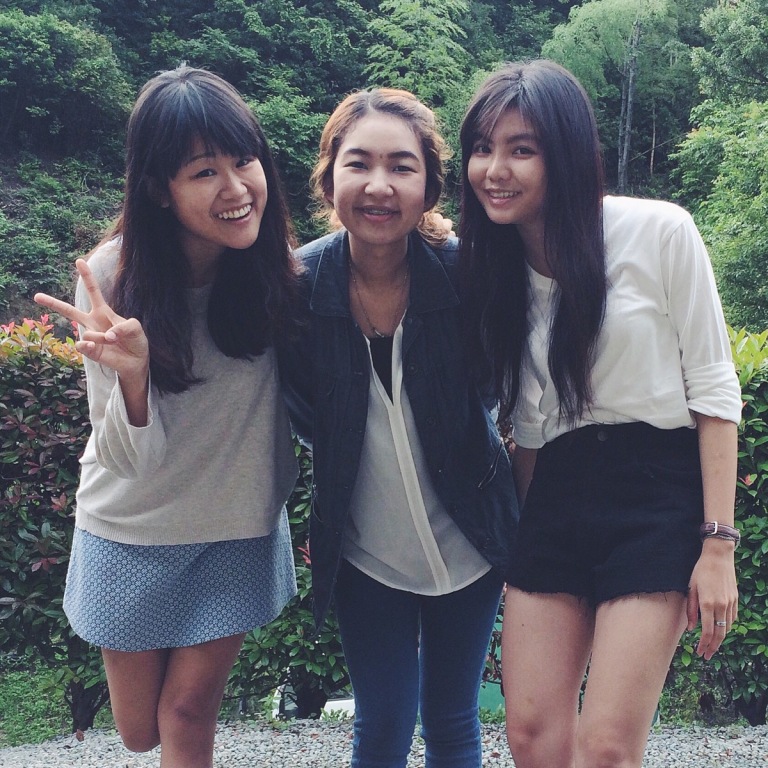 My thai friends leave today and so I woke up early to join them for breakfast and the morning meeting. This is what goes on at 645am everyday. Everybody gather round to get an idea of what is going to go on for the day. That is if you understand japanese. Notice how only the girls care about the camera hehe ✌🏻

Some farewell pictures hahahaahha It looks kinda cute and awkward at the same time. I guess it is a common combination. Hahaha maybe it is just the peace sign, makes everything kinda cute.

Couldn’t send them off to the station

But got to witness this cute scene of them waving to a small little hole in the hedge!!! HAHAHAHAH they all hit me when i took pictures of them. Lol but how priceless. 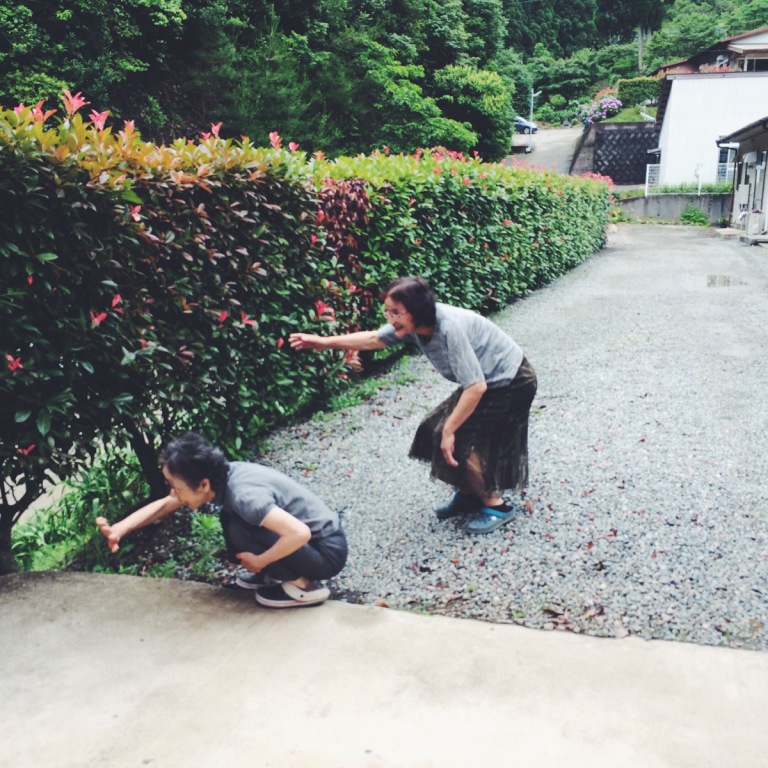 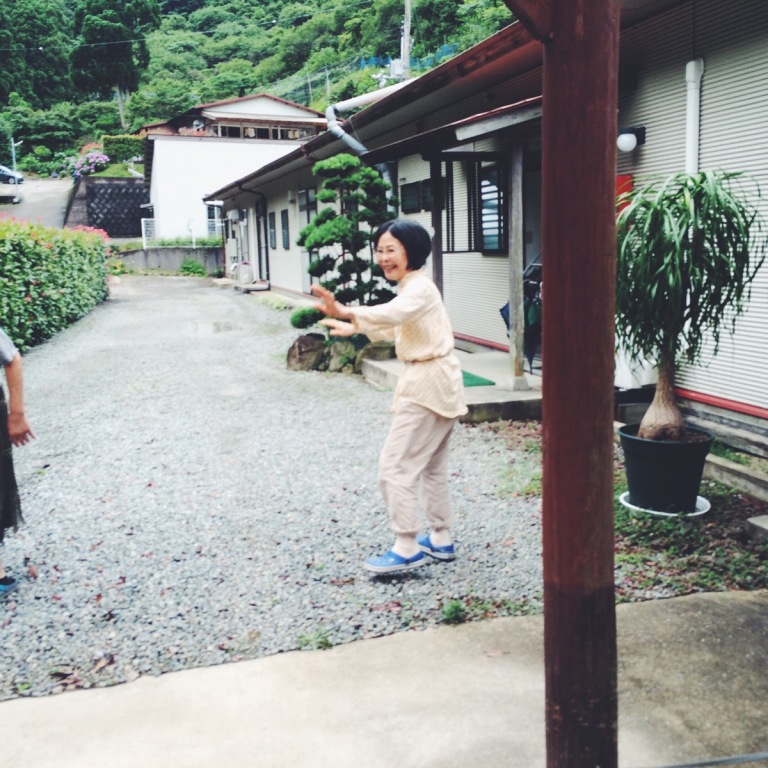 Then it was back to lunch preparation. Interestingly we got confused with the croquettes and hamburgers. And so i thought it was croquettes until the very moment i bit it. What a pleasant surprise.

And yay mini tomatoes from the neighbouring vegetable farm friend. Hahahaha i saw the guy delivering tomatoes and i was like, POSTOFFICE! And he was like, Nope. But nobody explained to me what he was. And i couldn’t think if the word for delivery, so i didn’t probe further

And some Nato! i am starting to get used to Nato. 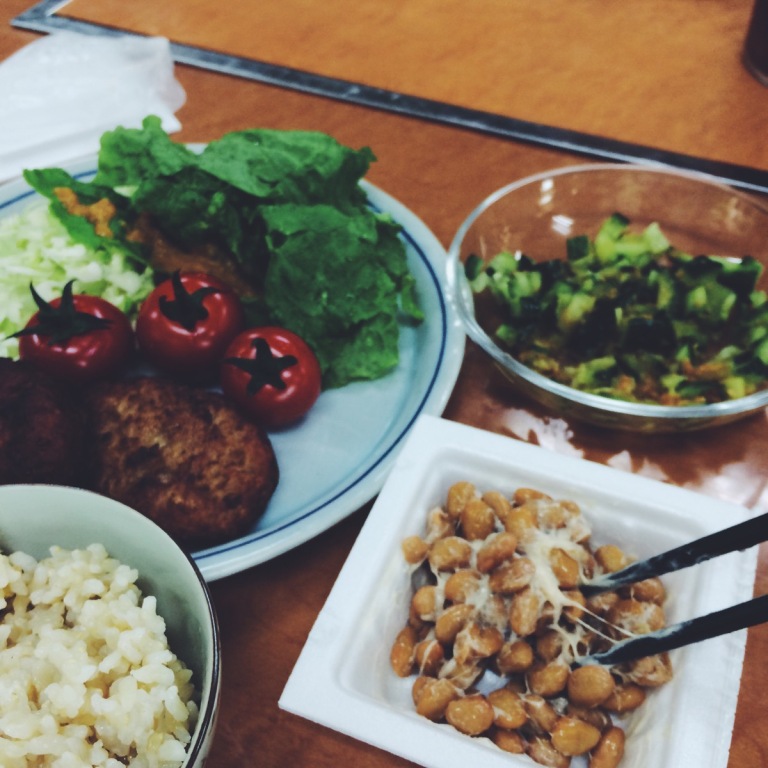 Then it was preparation for dinner! Today we are preparing Chirashizushi. Chirashi means scattered and chirashizushi is just the lazy version of sushi. The receipe for tonight is rather vegetarian. Basically everything have to be cut into strips and scattered around the rice later.

First up was Koya Tofu, the freeze-dried tofu. 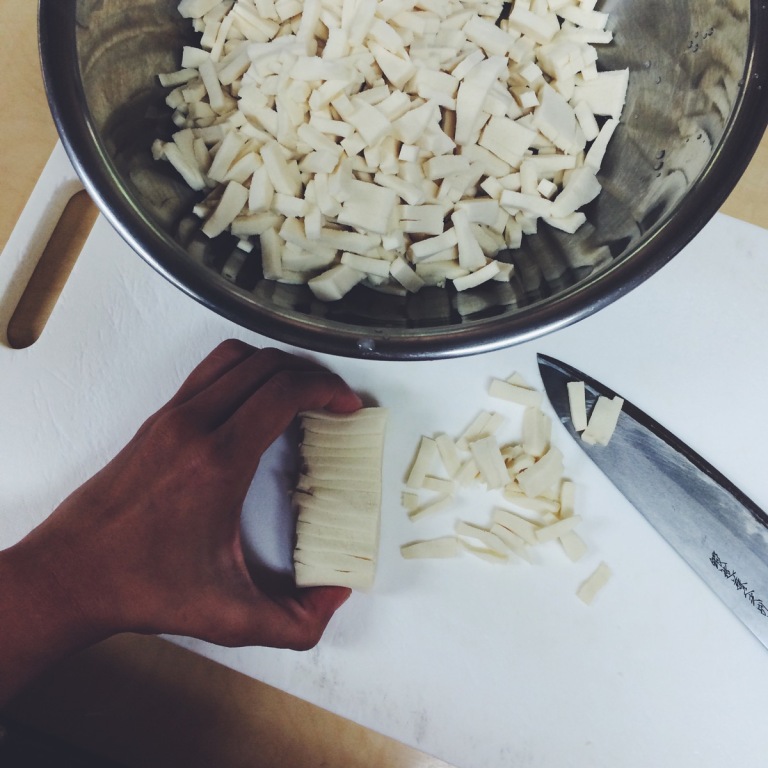 And Gobo, the burdock root vegetable. Extremely tedious for preparation.

First we clean the dirt off with water and then we kinda shave the dirt of the root with the back of a knife.

And then this is the extremely tedious part. We shave the strips off the root, like a manual pencil sharpener to get all these fine gobo strips. Nearly died. 死んちゃった (trying to apply the new grammar i have learnt, hope it is correct.) Will possibly gain some muscles here. Hehe Yuriko said I can do anything because i eat everything = healthy. 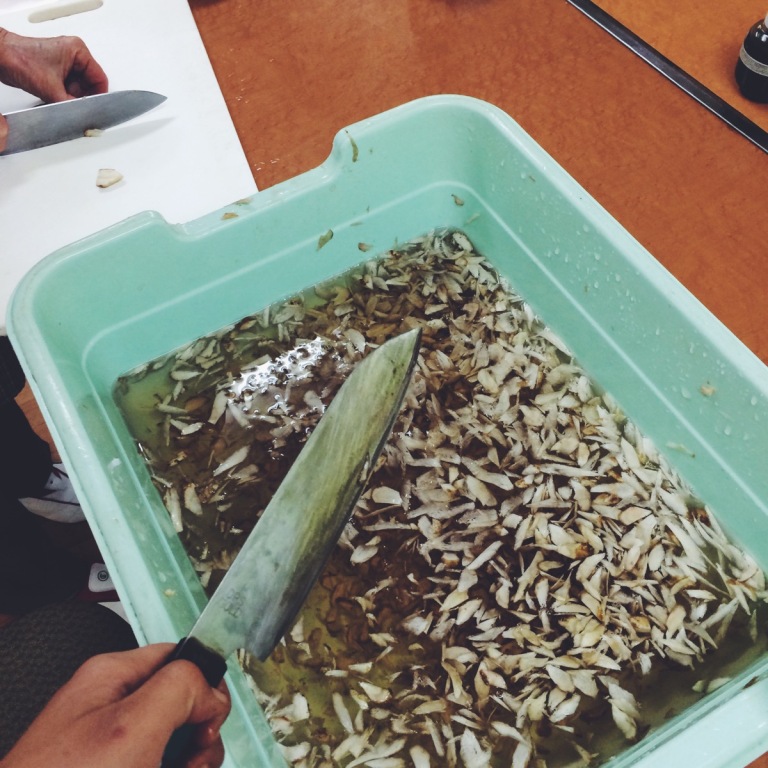 You thin the pan with very little oil and fry it thin – like crepes.

We then cut it into strips and it is then called, kinshi tamago.

But I had to go to the clinic and It looks like my leg got mildly infected under the skin. Sian.

I was bored waiting for ottosan after his clinic visit and i waited outside because he said there were more sick people in the clinic.

Then when i got back it was too late to help with the chirashizushi. 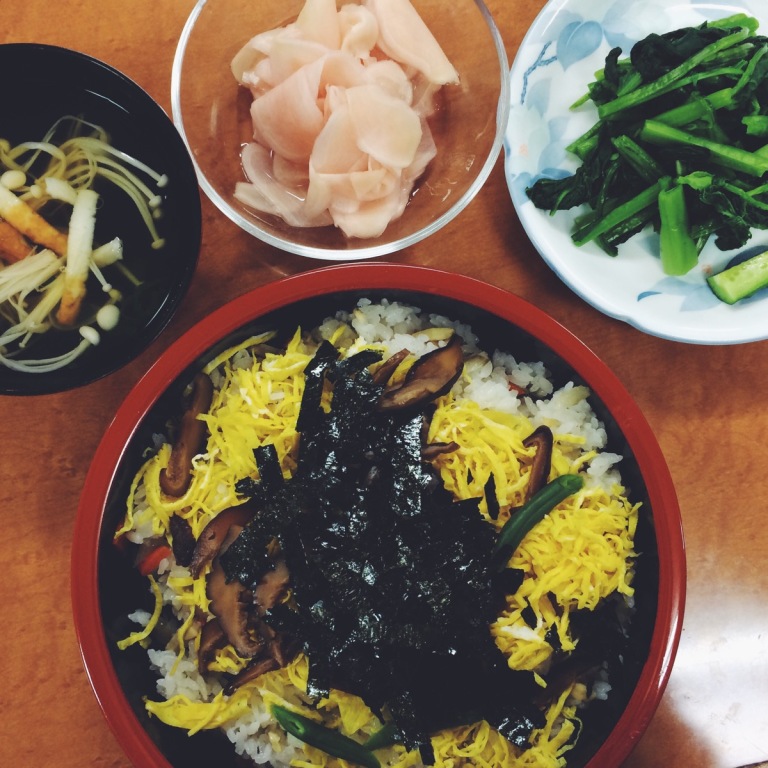 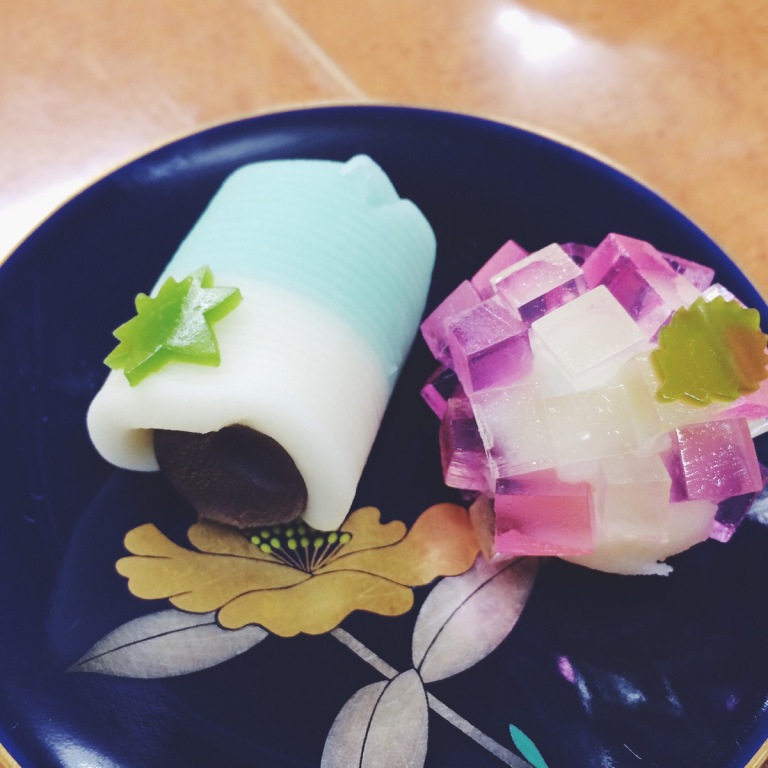 Pretty much bummed out that i have to cancel 10 days of my upcoming plans which is fairly exciting and packed with 5/6 cities. The thing is i rescheduled everything thinking that I leave 5 days later. And now I have to cancel everything. I guess it is pretty much advisable because my scar can get infected even as i stay here. And i get random bruises every other day carrying my luggage up and down stairs and vehicles. Cognitive dissonance right there.

My thai friends are coming back because their next host is not nice and they had bad sleeping arrangements! So i guess that makes three of us staying back for the next 10 days… Reunion! Now everybody is worrying about how they are going to come back because they are five hours away. And ottosan is going to fetch them from that station at Gobo at 1 am because they probably can’t make it for the last train to the nearest station . :’) I guess it is a good place to care for my wound and everything happens for a reason.

So guys, the next 10 days will probably be kitchen and clinic visit everyday. So the backpacker travelogue is now mamachan diaries. And so yes friends and believers, I will cook for y’all some day – especially eggs. I am so happy with the variety of eggs I can cook now.

Hi hi, I'm Penny and I have a crazy interest for food bcos food gets me talking and excited! And I love to travel so maybe next time when we meet, it will be on the other side of the globe. Pipikki is intended to mean Penny's Journal and so I will be updating about my everyday experience while traveling.